After two years of Covid-related mayhem, which saw the country’s wine volumes plummet on the back of two poor harvests and its borders closed to both inbound and outbound travel for significant lengths of time, New Zealand’s wine industry is now looking forward to the future with a renewed vigour.

That’s not to say the sector isn’t aware of the not-insignificant challenges it faces; inflation has returned to haunt producers and the market, while cost increases threaten industry profitability; the availability of labour continues to be a major headache, while both domestic and international supply chains remain uncertain. 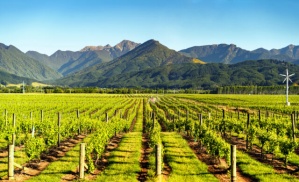 The re-emergence of rampant inflation across the world’s has resulted in significant cost increases with everything from labour to energy, packaging and freight all going up in price. Ultimately these increases threaten profitability and capital availability to fund future growth, New Zealand Winegrowers warns in its recent report.

Excise, a long-standing issue, is another major expense faced by wineries selling in the domestic market, with costs per bottle standing at more than the price on average paid for the grapes. Since the start of July, the government introduced a 6.9% increase in excise rates, the largest such increase in 3 years (equivalent to an increase of 16 cents on a 750ml bottle of wine).

The proposed Container Return scheme is another government-generated cost facing New Zealand’s producers. This is forecast to impose additional costs of at least 30 cents per container.

“We fully support the goal of improved recycling as waste minimisation is one of the focus areas of SWNZ,” said the NZ Winegrowers report. “However, we seriously question whether the proposed system will deliver on this ambition for glass bottles,” adding it was strongly advocating for other options to be explored. 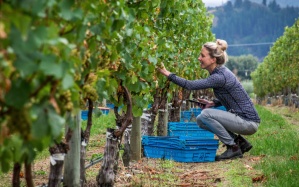 Finding skilled and motivated labour has been another challenge facing the sector. With the border closed for much of the past year, and unemployment at a historically low figure, this year some wineries were even forced to close for periods during vintage.

“The labour outlook for the year ahead remains highly problematic,” says the report. “While the border is now open, there are no assurances that Working Holiday Visa holders will return to New Zealand in the same numbers as previously.”

And the exodus of young Kiwis heading abroad will likely further reduce the pool of available workers, exacerbating the situation further. “If not resolved it will curtail future growth and export earnings for our sector and so remains a major focus for the year ahead,” it continued.  And while New Zealand’s response to the pandemic has now shifted away from lockdowns, Covid still remains and its ongoing effects can still be seen in many ways, such as in the disruption to global supply chains.

Amid this environment, growers and wineries are focusing on their core strengths, which is to supply customers with the premium wines that are known around the world, particularly its famed Sauvignon Blanc.

Fortunately, demand remains as strong as ever, though in the past year many wineries have been hampered by 2021’s dramatically smaller harvest. As a result, New Zealand’s wine sales have fallen by 13% in volume over the last 18 months, with sales within New Zealand down to the lowest levels in nearly 20 years.

While export volumes also fell, prices actually increased as wineries ramped up their prices, helping to bolster the total export value to $1.95bn, with the average value of packaged exports increasing by 6%.

This year, growers were desperate for a bigger harvest to compensate for 2021, and fortunately their prayers were answered with a 532,000 tonne vintage, despite all the difficulties posed by Covid and staff shortages. This will enable severely depleted cellars to be restocked, with strong export growth predicted for the year ahead, driven by demand from North America. On the domestic front, meanwhile, sales are expected to bounce back from their two decades low point.

The improved supply situation will come as a huge relief to growers and wineries, as well as to consumers. 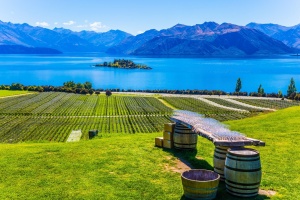 The wine sector will also start to benefit from New Zealand’s successful conclusion of free trade agreements with the UK and the EU, which according to New Zealand Winegrowers annual report, “bodes well for the future of our wine in these markets, which already purchase more than $600m of New Zealand wine each year.”

New Zealand’s strong reputation and sales success has fuelled growth in the sector, and over the past five years, the area dedicated to grape growing has expanded to nearly 5,000 hectares and now reaches close to 42,000 hectares. This expansion is something which New Zealand Winegrowers forecasts to continue over the coming decade.

Widespread commitment to sustainability via Sustainable Winegrowing New Zealand, as well as various organic and biodynamic programmes, means the country’s wine industry is well placed to meet increasingly strict environmental requirements. Over 96% of total vineyard area in New Zealand is now certified as sustainable through the SWN programme, with 10% of wineries now holding organic certification.

Conserving water is another big challenge for New Zealand’s wine industry, as it faces increasing governmental restrictions on its use, requiring all farms over five hectares to develop freshwater farm plans, seeking to mitigate the risk of that farms activities on the freshwater environment.

Climate change presents a “significant risk” to New Zealand’s wine industry, and to address this, the sector’s target is to be carbon neutral by 2050. During the past year, the Sustainability team has taken the lead in implementing a four-step action plan, to help industry members achieve this target. Via SWNZ, NZW gave its members individualised greenhouse gas emissions reports, so they were able to benchmark their performance and identify areas for improvement. And in June 2022, NZW held a climate change action month with the focus on educating members on how to use the new individualised emissions reports to better inform their decision making.

Meanwhile, the country’s organic sector continues to show strong growth, with the numbers of producers switching to organic increasing each year. According to BioGro, the country had 235 organic vineyards in 2021, 22% of which were in the initial three years of conversion to organic production. There were 130 organic wineries and brand owners, with almost half of New Zealand’s organic vineyards in Marlborough. Of the other wine regions, Central Otago is particularly notable in its commitment to organic production with 25% of all vineyard land there now managed under organic certification. 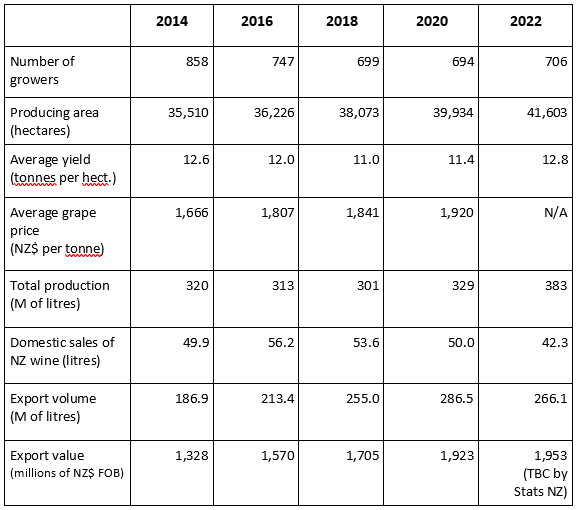 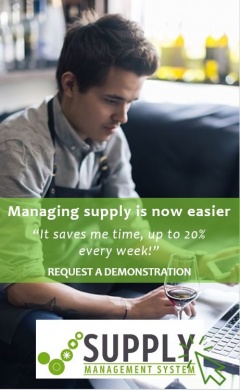