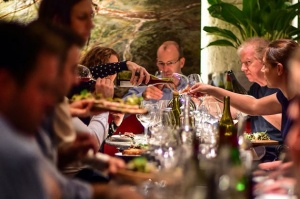 Increasing consumer confidence and staycations have seen the UK’s top managed pub, bar and restaurant groups lift sales to above pre-Covid levels in August, according to the latest edition of the Coffer CGA Business Tracker report.

The report reveals that sales were 5% ahead of August 2019, and is the first month of year on year growth since the hospitality sector reopened from mid-April. Total sales were also 35% up compared the same month last year, when the majority of the UK’s venues were opened after the country’s first lockdown, and the government’s Eat out to Help out scheme had been launched.

Managed restaurant groups outperformed the market as a whole for the fourth month in a row, with total sales up by 7% compared to August 2019. Pubs recorded a growth of 3%, while pub restaurants were up by 6%, performing better than drinks-led sites, which posted a 1% uplift. Bars, meanwhile, enjoyed a healthy surge in sales following the relaxation of restrictions on the late-night sector, with August up by 21% compared to the same month in 2019.

The sector benefited from the first full month of restriction free trading in August, as well as the easing of safety concerns amongst drinkers and diners. Widespread staycations, where Britons holidayed within the UK during the school holidays also helped boost the hospitality sector in regions outside London, with sales outside the M25 area up by 9%.

London, however, continued to be affected by the working from home trend, with fewer workers travelling into the city for work, and this, combined with  the lack of overseas visitors resulted in sales within the M25 area down by 7% on August 2019.

“August was another impressive month of recovery for managed groups from the havoc wreaked by COVID-19,” confirmed Karl Chessell, director – hospitality operators and food, EMEA at CGA. “It is a particularly impressive performance given the severe operational pressures that many businesses are working under, including staff shortages, supply problems and rising costs. Sales growth is testament to the resilience and adaptability of the hospitality industry and consumers’ ongoing enthusiasm for restaurants, pubs and bars. While trading conditions remain some way off pre-COVID-19 norms, August will hopefully act as a springboard for a strong final four months of 2021 for the sector.”

However, David Coffer, chairman at Coffer Corporate Leisure warned that despite the welcome August figures, the hospitality sector still wasn’t out of the woods. “”We should be wary of the major challenges which lay ahead,” he said. “Shortage of food and drink and labour, the end of furlough and the statutory demands for repayment of loans, rates, VAT and now higher NIC.  There is also the threat of further lockdown and COVID controls as well the spectre of the end of the rental moratorium. The next few months will prove the depth of these challenges, but the undoubted ability of the sector to cope as ever.”